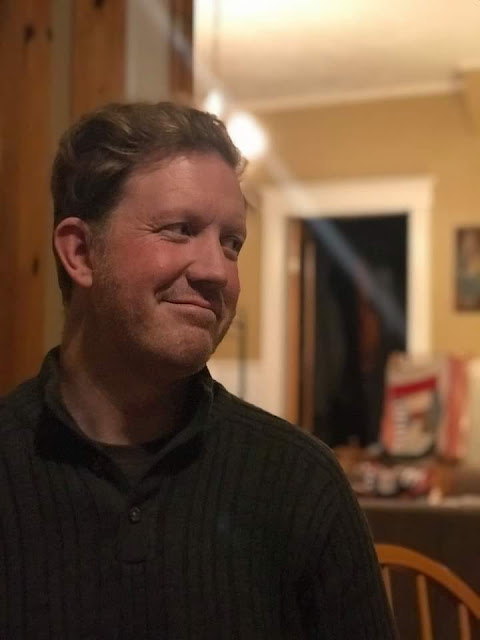 My first encounter with Will Pemberton was in December 1997 in the snowy wooded landscape of Combermere, Ontario. We were working at Madonna House, where the days were spent splitting firewood, shovelling snow, and peeling large amounts of vegetables. Only 18, he was the youngest of the male guests, but he was also among the most thoughtful and articulate. While the rest of us played cards or Scrabble during our moments of free time, Will usually played his violin, to himself or to whoever would listen. Music was just one of his many languages.

I met Will again a few years later while visiting a seminary in British Columbia. It was the annual school concert, and rising from the sea of talent was the tall, ruddy man from Parry Sound. He led a schola in sacred polyphony and played some raucous folk songs on guitar, his melodious voice and booming laughter filling the gymnasium. He once told me that during seminary he decided to learn one Irish song per day for a whole year. Consequently he'd memorized a huge repertoire of traditional folksongs. It was a very Will thing to do.

Will left the seminary after discerning a call to marriage. That discernment was in large part due to meeting my sister. Will told me some years later, with great literal earnestness, that upon meeting her he knew that if he couldn't marry her he would die. “What, you would have ended your life?” I asked. “No,” he said. “Not that. I just knew that I would not have been able to live.”

Thus began the great romance of William and Mary, whose courtship started at the ceili barn dances near Peterborough, Ontario, and who both, though at different times, were teachers in my school. They were stars in their own ways, each with a remarkable skill for and enjoyment of the cultivation of learning and its transmission to young souls. Mary, then my housemate, came back from her first official date with Will and had an unmistakable sparkle in her eye. I asked if she had decided if Will was the one, and she nodded and said simply, yes. One date was all it took.

Their wedding was a riotous drama sheened with grandeur. Unable to book a hall large enough for the hundreds of people they had informally invited, they had to settle for an outdoor pavilion at a city park. When a major storm hit Peterborough two days before the wedding, basements and halls were flooded everywhere. The mayor declared a state of emergency and the newspaper featured a front-page photo of a beaver swimming down main street. Clearly in the hands of providence, Will and Mary’s awesome, eclectic feast went ahead on the dry high ground of the park surrounded by large puddles and the inbreaking of sunshine.

Will's had six children with Mary and his love for them ran deep. When I returned raw from my vocational discernment in Rome, having contemplated the high Trinitarian theology of von Balthasar for two years, I was powerfully struck watching Will interact with his eldest son Willie, a toddler. Will’s eyes were full of paternal delight as he spoke to him and Willie shouted “papa” over and over again through his laughter. I will remember it always as an iconic image of the Father and Son relations that are at the origin of the world.

Will was a colossus of charisma and knowledge. You had to be able to meet him head on, or be a good listener, and as his friend John Jalsevac says about their friendship, it was based on many years of intellectual wrangling. But like the Gaelic warriors God made mad, they enjoyed their warring as well as their sad songs. Will’s life, you could say, was a steady pursuit of beauty and truth, which he sought with an unusual passion and discipline. For the first decade or so he spoke to his children only in Latin. He began a Ph.D. in Medieval Studies at the University of Toronto. He corresponded with many professors.

Will's formidable intellect was coupled by his love for the simple things of life he shared with Mary: their children, books, gardens, coffee and kombucha. He seemed to be able to see the “dearest freshness deep down things” of objects, persons and art. While he could ably discuss theology, philosophy or literature, he loved woodworking and the science of permaculture farming. If asked, he could also recite the entire The Princess Bride movie from start to finish.

In recent years I did not see as much of Will as I would have liked. Religious life had taken me to other places. He and his family moved from Ontario to Nova Scotia to pursue their dream of living off the land in Cape Breton. The summer before covid, I got to visit them there, and spent three golden days in which Will showed me his fields, woods and Icelandic sheep, and the kids and I explored the big brown boulders that make up the shore near Margaree Harbour. We saw whales spume out at sea, stared back at a curious seal, and discovered a beautiful lime-green lunar moth the size of my hand. But celebrating Mass in their home will remain my most enduring memory, with my nephews serving and Will chanting the Lord’s Prayer in a deep Russian baritone.

I saw Will a couple more times, after they returned to Ontario to try to cure the cancer that appeared in his body. By then, fighting the disease was a full-time project, and he was usually low energy when I visited them at my parents’ house. But his curiosity and humour were intact, and he had a new aura of serenity.

In the end, Will had a remarkable death. In his last letter to his friends and supporters he spoke of his gratitude for the time he had been given to live, for the wife and children he’d been given to love, and for the land that he’d given to tend and cultivate. His main grief was the painfully early leave-taking of his children. But in his last days, he said he was looking forward to what was coming next. Such faith in the face of death is rare but as Mary said to me today, it will be remembered by their children long into their lives. Will, she said, was fathering them even in the manner of his dying.

Let us pray for the soul of Will, and for the wife and family he has left behind. And may we all meet again merrily in heaven, where God shall wipe away all tears from our eyes; and there shall be no more death, neither sorrow, nor crying, neither shall there be any more pain: for the former things will have passed away.