Eric McLuhan on "The New Culture" 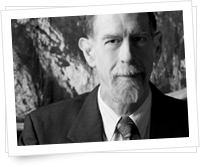 This past winter I had the pleasure of meeting Dr. Eric McLuhan, the son of the celebrated media theorist Marshall McLuhan, and communications scholar in his own right. Eric has been continuing his father's line of reflection and insight since the 1970s and has authored or co-authored some half-dozen books.

Recently, we were corresponding on a few issues concerning communications and society. I was interested to learn that over the last few years, McLuhan has delivered three talks in Rome, which to the best of my knowledge remain unpublished. He was kind enough to share the transcripts with me. The first talk was delivered at the Lateran University in 2009 to a group of university rectors. In it, he discussed contemporary students and the pressures they face. He makes eight points, all of which share a certain amount of interrelation, but together constitute a recognizably McLuhanesque reflection on the effects of our digital environments today.


The following are his eight main points (in italics), each followed by my own commentary.


1. The electric crowd (or mass audience) is invisible, composed as it is of de facto intelligences with no bodies.

This is arguably the deepest concern (from both a Catholic and a humanistic viewpoint) — the disincarnational aspect of the new electric environments. Is it the ancient heresy in new guise, the temptation to gnosticism, a sort of neo-Platonic mind over matter? If the Word becoming flesh is the archetype of truth, we risk denying the goodness of creation in favour of the artificial and a pseudo-spiritual consciousness. Are we also widening Descartes division between "res cogitans" and "res extensa", between the person as a thinking being and as a physical being, that modern dualism at the root of so many other problematic issues?

There is a certain "hic et nunc" quality of existence requiring attentiveness to one’s own time and place in space. Does the Internet risk removing us from that reality, through temporal and psychic separation from immediate surroundings?


3. The electric crowd, composed of new nomads who haunt the metaphysical world, cannot have distant goals or directions or objectives ("being" is trumping "becoming").

The recent student protests in Montreal seem to bear this out. A culture without a clearly defied telos has only the assertion of vaguely defined rights — a culture of desperate entitlement. What T.S. Eliot wrote in "Tradition and Individual Talent" concerning literature seems to me applicable to education and culture as a whole here. We need to be aware of what has come before us and where we are going if we wish to hold or contribute to the direction of our "becoming". It's also hard to have goals or direction when there are virtually unlimited choices. Does the Internet play into the formation of this mentality?


4. People without physical bodies use participational imagery to generate the emotion and aesthetics of being — the only reality left after leaving the physical world behind.

Have you ever noticed that a lot of people today — the young in particular — poise as if they were actors in a movie, not just imitating them, but acting as if cameras were filming at them at all times? The importance of self-image has been exaggerated beyond reason. There's a documentary film called “The Ad and the Ego” which makes use of a great quote from Umberto Eco: “A democratic civilization will save itself only if it makes the language of the image into a stimulus for critical reflection — not an invitation for hypnosis” — rather keen, is it not?


5. The quality of image adjusts the degree of participation. A "good" image allows a lot of participation in depth by a big, diverse mass. For this, it must be virtually devoid of content...

The aesthetic of these circumstances derives from manipulations of being. Each new medium brings with it a new mode of group being, a new WE... Each new medium collects older ones as "features" even as it becomes included in others as a feature — a process that will continue until all have become features of each other. Their future is features. Gadgetry. Narcissism for the self-less.

This seems to echo in part two classic points from Marshall: 1) electronic media will restore "tribal man," and 2) that each new medium contains its predecessor(s).

Also, it's curious how a certain hubris always seems to be tied to the latest technological gadgetry. Everything from the Walkman (1980s) to the cellphone (1990s) and now the iPod (2000s) has been mass marketed as desirable less from utility but more from the image of coolness or control (power) that it evokes. We must learn to differentiate between the utility of our tools and the self-image we may advertently or inadvertently be cultivating by their use.


6. The crowd of electrified nomads has no natural boundaries: it overleaps all natural and physical limitations. It is exempt from natural law.

Is media technology contributing to the cultural trend against acknowledgment of natural law? This would be an interesting question to develop. I also think this emerging mind/body dualism, as a symptom of electric man, has coincided with other disembodying functionalizations of the human person. The gnostics, of course, either fell into the category of a sort of puritanical distain for corporal reality (ascetical) or a licentious distain (indulgent) — in both cases distain for the body! Today I would argue that we need to “resacralize” or sacramentalize the material dimension of being.


7. Every aspect of our networked world is global: there is no more local.


We should be careful, therefore, never to trivialize the concept or the experience of friendship. It would be sad if our desire to sustain and develop on-line friendships were to be at the cost of our availability to engage with our families, our neighbours and those we meet in the daily reality of our places of work, education and recreation. If the desire for virtual connectedness becomes obsessive, it may in fact function to isolate individuals from real social interaction while also disrupting the patterns of rest, silence and reflection that are necessary for healthy human development.

He also discusses much that is hopeful about social networking/Internet, its great potential for assisting human flourishing. But he also cautions about the effects of our constructing of “virtual personas.” (whole document here; it's excellent).


8. The last characteristic concerns the impact on identities. The Church teaches that each of us is endowed with an individual soul since conception, and the concomitant, an individual conscience. ... The alphabet literally paved the way for these matters. These are New Testament times; the O.T., for example, had declared the Jews a chosen people — group salvation.

Very apt observation from McLuhan. The O.T. was more about communal/national salvation, whereas in Christ we are redeemed as individual persons (personal baptism, the "I believe" of the credo, etc.). There remains a corporate or communal dimension to the church, of course, and our Lord’s prayer “that they may be one”, but our individuality in this ecclesia is a reflection of the Trinitarian union of distinct persons. I’m haunted by Marshall’s line to Jacques Maritain about electronic environments being “a reasonable facsimile of the mystical body, a blatant manifestation of the Anti-Christ” (The Medium and Light, p. 72). Like McLuhan, I, too, would part ways with Teilhard de Chardin about getting too excited about our evolution into global electronic consciousness. The faith believes we will have new souls and new bodies in the parousia. Our final end is not to be angels, but new corporal men and women.

The Church is always very positive about new media and urging its use (Paul VI: “In them she finds a modern and effective version of the pulpit.”), and the benefits of the new technologies are evident. But it is equally important to make certain deeper reflections. As Albert Borgmann says, it falls to the philosopher of technology to discover the liabilities, which are often more difficult to pinpoint. But it is absolutely necessary to see them if we are to make a truly informed discernment regarding our technologies (even Einstein saw that!).


Eric McLuhan's latest books — he published three last year — are full of original ideas and insight. They can be seen on his website, which is here. I will blog more about Eric's Rome talks in days to come.