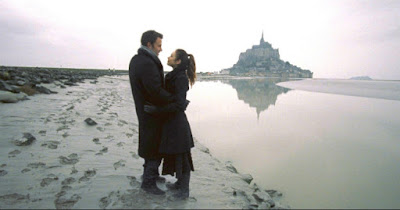 Neil (Affleck) and Marina (Kurylenko) fall in love in Paris and at Mont St. Michel (called by the French “la merveille” –  the wonder). Marina tells Neil that she will go with him wherever he goes, hinting that she would marry him. Although Neil is noncommittal, they return, with Marina’s young daughter Tatiana, to live in Neil’s home in suburban Oklahoma, where tensions arise in their relationship. There we learn that a Spanish-born priest, Father Quintana (Bardem), is struggling with his faith, while continuing his regular rounds of pastoral ministry. Later, Neil encounters a woman from his past (McAdams). All characters, it becomes clear, are looking for love. Some succeed at penetrating love’s veil, while for others it will remain elusive.

To the Wonder was reviewed by Roger Ebert, the well-known American film reviewer, in which he wrote: “A more conventional film would have assigned a plot to these characters and made their motivations more clear. Malick, who is surely one of the most romantic and spiritual of filmmakers, appears almost naked here before his audience, a man not able to conceal the depth of his vision.” The film had captivated Ebert, who went on to write that Malick’s work had attempted “to reach beneath the surface, and find the soul in need.” This was Ebert’s last review before his death from cancer in 2013.

A mere two years after his metaphysically audacious and resplendent film The Tree of Life divided viewers but won the Palme D’Or prize at Cannes and new cohorts of admirers, Terrence Malick made another film – only his sixth in 40 years – called To the Wonder. This time the critics were less effusive, as if one Malick picture per decade was quite enough, the investment of existential effort being too costly. Yet this follow-up is no less grand, and although it is without cosmic creation scenes, it manages to do what few other films can do: cause us to meditate on the questions that matter most. Where The Tree of Life asked about the origins of suffering, and the mysterious interplay of nature and grace, To the Wonder focuses on the human experience and the mystery of love – and where we have fallen short of Love’s invitations.

It begins in France, on the sandy tidal plains surrounding Mont St. Michel, where Neil (Ben Affleck) and a young Frenchwoman, Marina (Olga Kurylenko), have fallen in love and cavort in various poses of embrace and shy discovery. This is love in all its newborn glory, as Marina pays homage in one of the many voiceovers:

You brought me out of the shadows …
You lifted me from the ground.
Brought me back to life.

The presence of the divine seems everywhere, drawing them closer to the “Love that loves us” (again, as Marina says). The scenes shift briefly to Paris, and then suddenly to suburban Oklahoma, where Marina and her daughter have gone to live with Neil. There is contrapuntal contrast between the stately beauty of Europe and the bland superstores, backyards and hydro lines of the new world, but in the hands of Malick, there is no judgment. They are merely settings for the drama that plays out in the interiority of his protagonists.

Things start to go badly in America, as something “is missing” in their relationship. Neil begins to have eyes for a former flame Jane (Rachel McAdams). Marina goes back to Paris. Then things sour between Neil and Jane, and Marina returns, this time without her daughter, who we learn has gone to live with her father. This might seem like a soap opera, were it not for the fact that there is little dialogue, and that themes emerge slowly like forms upon a canvas. We are constantly guessing at what is going on, but because it is mostly interior, we learn to comprehend from the interplay of music, facial expressions, and of the sheer physicality of the players, from whom we learn to read the “language of the body”.  This is Malick at his poetic and impressionistic best.

At the centre of this meditative film is the unspoken problem of sin: there is a serpent in the garden of Neil and Marina’s relationship, an obstacle to full communion. Neil cannot ultimately commit, and is reluctant to have children or marry either woman (except a civil marriage to Marina so that she can get a green card). It is not just the absence of commitment, but his failure to realize that love must go beyond the romance and the beauty that so mesmerizes him, and requires something resembling sacrifice in order to have true depth. Marina wants to embrace this dimension, but Neil, for reasons unclear, does not. He remains aloof, as if wanting to keep his options open, or haunted by some past wounds.

Then there is the priest, Fr. Quintana, played by Javier Bardem, who is going through his own struggles in his vocation with the demands of love. He has lost the zest of his more youthful priesthood. In one voiceover he says plaintively:


“Everywhere you are present. And still I can’t see you. You’re within me. Around me. And I have no experience of you. Not as I once did. Why don’t I hold onto what I‘ve found? My heart is cold. Hard.”

He wanders among the people he serves, prisoners, mentally handicapped, the poor, the meth addicts living on the other side of the tracks, struggling to feel something. He is confused about the apparent absence of God in his life. Yet he is able to preach with power, despite himself. He is the reluctant prophet, and an emptied vessel. For instance, he exhorts his congregation about basic Christian truths, like the necessity of making a choice:


We wish to live inside the safety of the laws. We fear to choose. Jesus insists on choice. The one thing he condemns utterly is avoiding the choice. To choose is to commit yourself. And to commit yourself is to run the risk, is to run the risk of failure, the risk of sin, the risk of betrayal. But Jesus can deal with all of those. Forgiveness he never denies us. The man who makes a mistake can repent. But the man who hesitates, who does nothing, who buries his talent in the earth, with him he can do nothing.

It is a striking call against the temptation to acedia, the vice of indifferentism that shrugs its shoulders at taking the spiritual life seriously, preferring the apparent safety of mediocrity. Many of the desert fathers and mothers saw acedia as one of the more dangerous temptations. Fr. Quintana is probably reminding himself as much as his parishioners that to accept acedia is a fateful decision. Not to choose is actually a choice.

In many ways this is Malick’s most Catholic film. With it he passes from Heideggerian questioning of the mysteries of Being – as in The Tree of Life – to grappling with the concrete reality of the demands of Love, which for humans is always an incarnate Love. The vocation to love, the universal calling of all people, always has a fleshy, particular quality. We are called to love real people in real life in real time, or we are just living in the ether. And in the final analysis, Christ is to be found in the concrete demands of love.

The way out of their miasma is strongly hinted at, as the film becomes profoundly confessional -- in all the senses. To the strains of Henrik Gorecki’s Symphony #3 (“Symphony of Sorrowful Songs”), Neil bends down on one knee, kisses Marina’s hand and asks for forgiveness. Marina literally goes to confession in another scene, and receives the body and blood of Christ. Fr. Quintana's confession takes the form of a "profession", a declaration of his belief. The human, which has never been so tenderly rendered by Malick, and the divine, come together in a sacramental dialogue and embrace. But even their confessional acts are imperfect, which is why the need for the grace of forgiveness remains constant in their lives.

Amidst the many poetic ruminations of the characters, is a prayer voiced by Fr. Quintana at the end of a climactic sequence of spiritual epiphany. It’s one that had this writer close to tears. Viewers may not know this, but it is both the Lorica or Breastplate of St. Patrick (“Christ before me, Christ behind me…”) and then becomes a prayer that was actually adapted from a prayer written by Cardinal Newman:

Flood our souls with your spirit and life so completely that our lives may only be a reflection of yours. Shine through us. Show us how to seek you. We were made to see you.

It’s a prayer that acknowledges our creaturely dependence on God. It is, therefore, a humble prayer. It’s the same prayer recited daily my Mother Teresa’s sisters. It also expresses the yearning to see the Beauty, ever ancient, ever new, which will ultimately fulfill the hunger of our souls. It’s what Neil and Marina are ultimately looking for.

In the “first week” of the Spiritual Exercises, we ask God to “transform what was deformed”, that is, to seek to comprehend the unconditional love of God, and recognize our failure to respond to it. The grace to pray for, then, is knowledge of my relationship with God and sorrow for my sins – which are always a turning from God. Each point can be prayed on a separate day.

• Read Genesis 2:15-3:25, the account of Adam and Eve in the garden. What was God’s original plan? What did our first parents do? Reflect on my own life and see parallel ways in which I have or have not responded to God’s plan.

• Read I Cor 13:1-7 on in what consists love. Where have I experienced the freedom of this kind of love in my life? How have I lived or not lived my vocation to love?

• Read Luke 15:11-32, the account of the Prodigal Son. How have I lived or not lived my vocation to sonship or daughtership of God? What is the father’s reaction to son’s return?

Begin all meditations this week with the Newman prayer cited above & close with an Our Father. 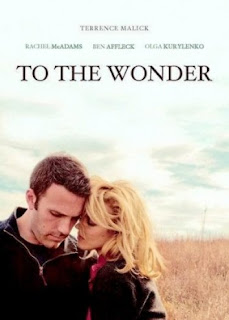