December 16, 2015
Today I popped into the Andy Warhol exhibit (no pun intended) on Bloor Street.

There was a very large stack of Campbell's vegetable soup cans (which were very real). 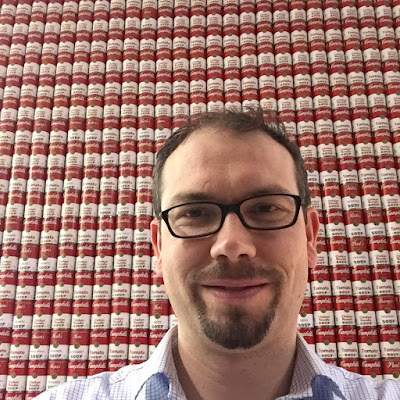 Then I caught Vladimir Lenin scowling at me, both in black and red.

Although separate pieces, the Gotti and Lenin I put side by side for comparison. They represent criminal minds who get popular appeal: 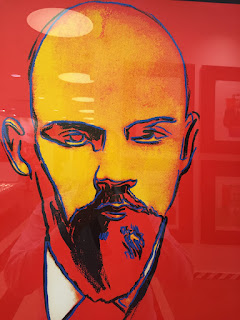 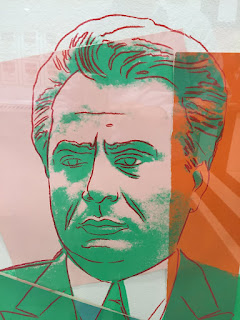 Despite his many complex struggles, Warhol was practicing Catholic, of the Ruthenian rite, who would slip into church in Manhattan. This was the only religious work at the exhibit, labelled as St. Apollonia, a 3rd century martyr. 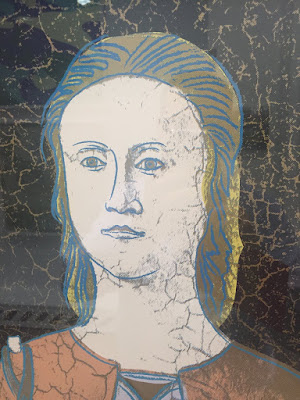 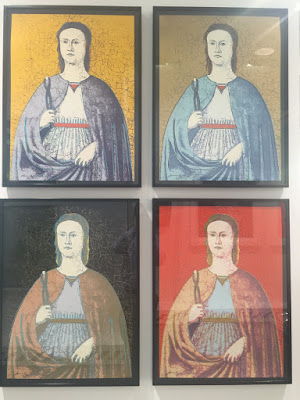 In the documentary film, I overhear Warhol being asked if he is original or not. He says "no." Confounded, the interviewer asks: "Don't you want to do something original?" He replies: "No. This is easier." 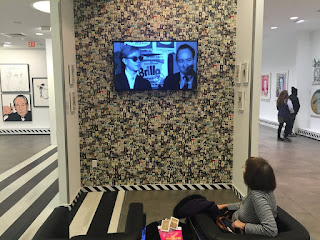 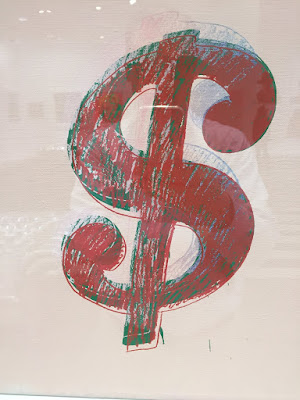 Warhol, famously shy and withdrawn, was a bit intimidated by the charismatic athletes he did for a "major athletes" series. There was also a Gretzky print I should have captured, but here, a pop boxer of some repute: 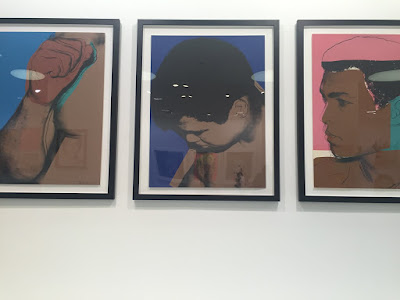 Her Majesty's eyes pierced me to the core: 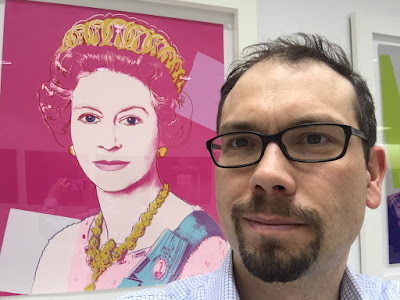 I believe I was able to identify all the characters from this "wild west" series of screen prints: 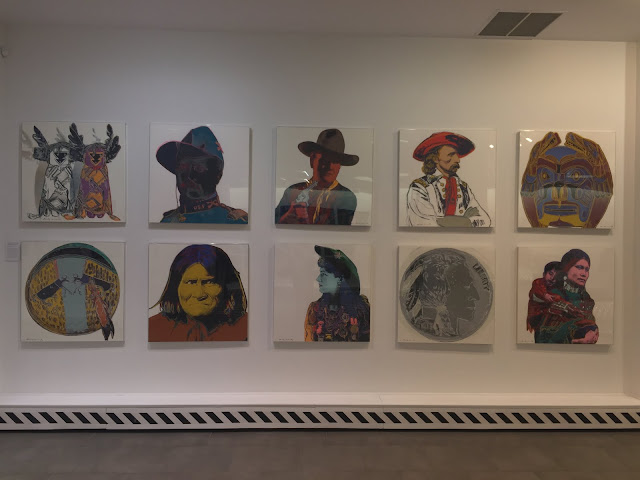 And what is probably the most famous Warhol, the Marilyn Monroe: 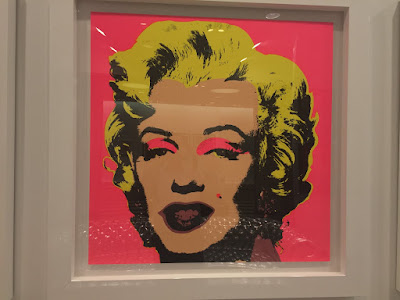 More soup cans, this time prints on a wall. 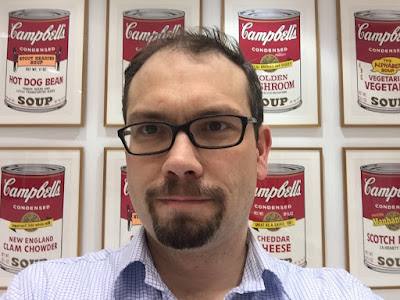 The King of Pop: 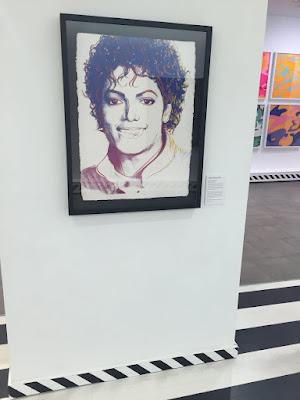 These things were for actually sale, not part of a pop-art exhibition. It wasn't always clear. 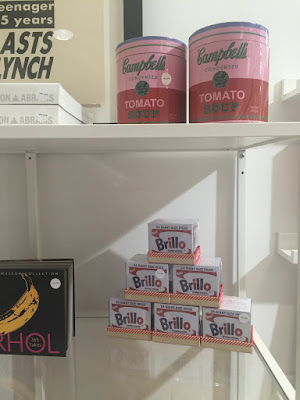 When Andy Warhol died, there was a memorial Mass at St. Patrick's Cathedral in New York City. 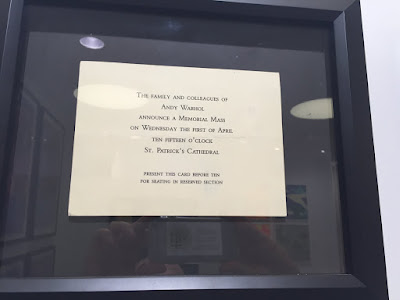 The "Andy Warhol: Revisited" exhibition opened on July 1, and will close on Dec 31. I was glad to have seen a healthy sampling of his works. He will remain an enigmatic but influential figure in the history of modern art.