May 11, 2017
For a period of six years, 1957-1963, Canadian artist William Kurelek gave himself the task of painting the story of the passion, death, and resurrection of Jesus Christ. Nobody, to our knowledge, had ever painting a Gospel sentence by sentence, and the finished series consisted of 160 paintings, called The Passion According to Matthew. A book was published in 1975 (now out of print), whose images I contemplated when I was growing up.

Kurelek went to the Holy Land to research the project, and painted steadily, on average completing one painting per week. The paintings would be purchased by the Niagara Falls Art Gallery, a small exhibition space not far from the falls, where they have remained ever since. The gallery is easy to find, but only open for certain restricted hours. I had always wanted to see the paintings, and finally made my pilgrimage last week.

The artist honoured the gallery by making a sketch of its exterior that appears the book: 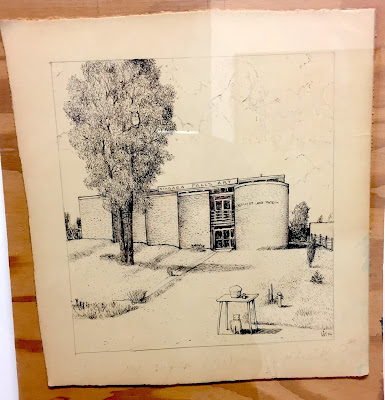 Most of the major exhibition space in the gallery has now been converted to children's art programming, which evidently keeps the private gallery afloat. The magnificent collection of Kureleks are confined to a few basement rooms, which the attendants will graciously lead you to when you arrive. 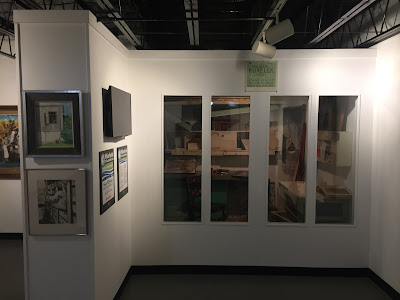 Only about 40 of the 160 Passion paintings are on display at any given time. But they stunning. They begin with the Last Supper. 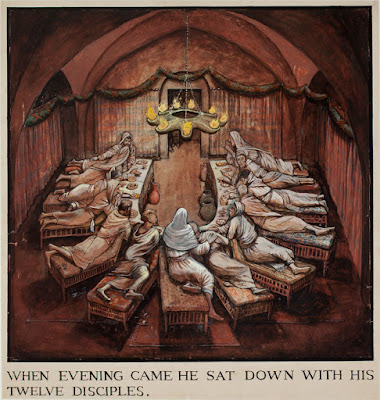 And continue with various scenes of the passion: 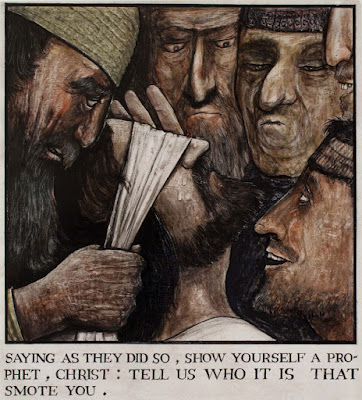 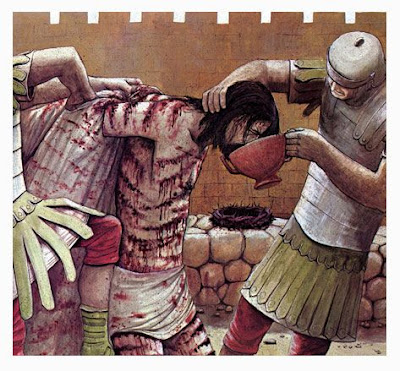 In addition to the Passion series, a number of Kurelek's other paintings are in the gallery, and the owners did not shy away from collecting his more powerful and disturbing works. For instance, "All Things Betray Thee Who Betrayest Thee" (1970) depicts the artist sitting up in bed struggling with depression, while a moon-illumined field of cabbages is just outside his window. One can make out a dog at the back the field. Painted just prior to his conversion, the title is a line from the poem "The Hound of Heaven" by Francis Thompson, a reference to the God who never ceases to pursue the lost soul. 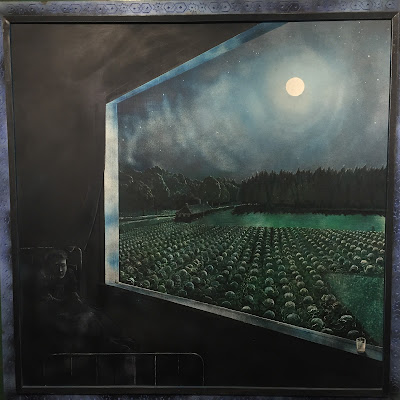 What might be Kurelek's most disturbing paintings are a diptych called "Love/Hate" (1968), which shows in one panel, medical missionaries in Africa, and in the other, Viet Cong violently torturing villagers suspected of collaboration: 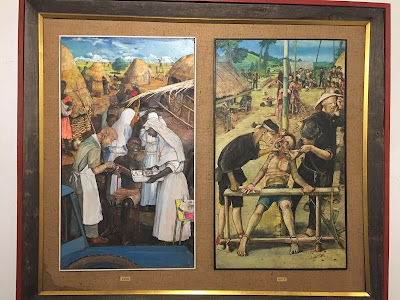 And "Our Mai Lai: the Massacre of Highland Creek" (1971), from Kurelek's "O Toronto" series (a variation on Christ's lament over Jerusalem). The painting shows a creek-bed in a snowy landscape, with the Scarborough Centenary Hospital in the background. Scattered everywhere are garbage bins contained little aborted bodies. 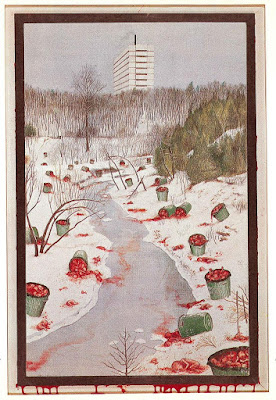 The artist wrote: "I guess it's really the strongest, and probably to some who don't agree with me on the subject of abortion, the most offensive picture. Since, however, I know that unborn babies are living human beings, I believe myself duty-bound to speak for them, because they can't speak out or defend themselves when they are being killed."

Another harrowing picture is "Nuclear Madonna". In the 1960s and 70s, with the spectre of nuclear war, Kurelek felt inclined to warn against this outcome of man's folly. Here one can see jet trails streaking in the sky above a mother and child, while other victims recline beneath a sod shelter. 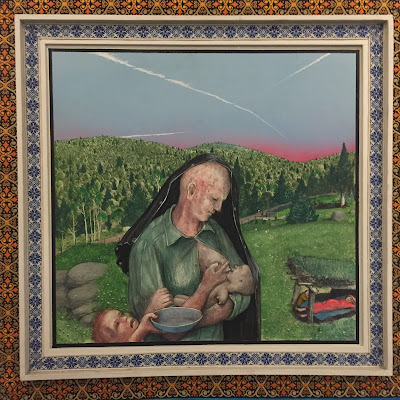 Kurelek's work, which is featured in collections all over the world, including the National Art Gallery of Canada in Ottawa, and the Art Gallery of Ontario in Toronto, ranges widely from the pastoral, the historic, the psychological and religious. At the Niagara Falls Gallery there are also some more gentle human scenes: 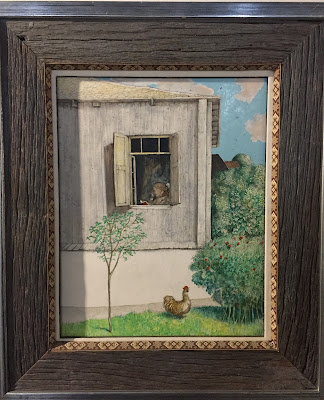 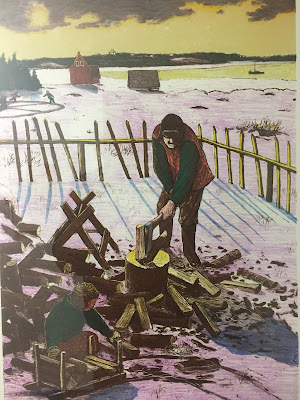 The gallery also features something I'd never seen before: Kurelek's homemade signs. While well-known for the homemade frames he made for almost all his paintings, the signs were a revelation: 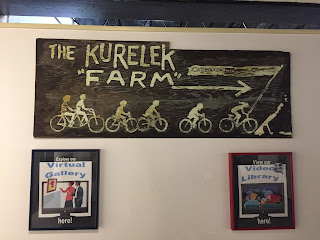 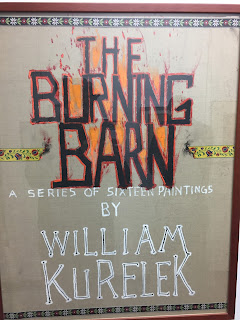 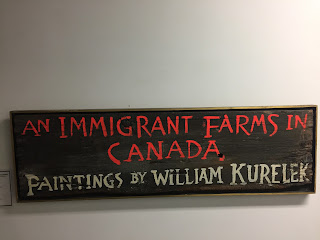 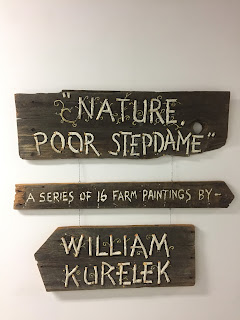 The gallery has also recreated a replica of the artist's studio, with materials donated from the artist's widow, Jean Kurelek, before her death in 2009: 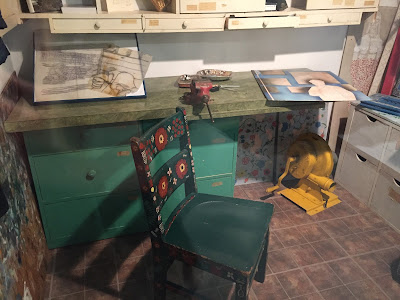 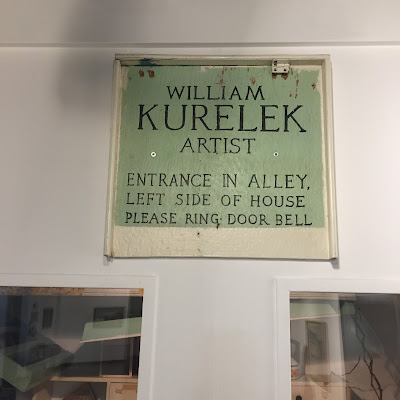 The Passion According to Matthew is the core of the Niagara Falls Art Gallery collection, and must be seen to be appreciated.  While most of the paintings depict literal events of the narrative, for certain phrases, Kurelek had to be creative. For example, he rendered the ending of the Gospel in this way: 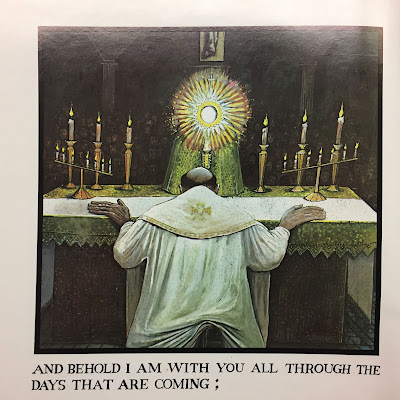 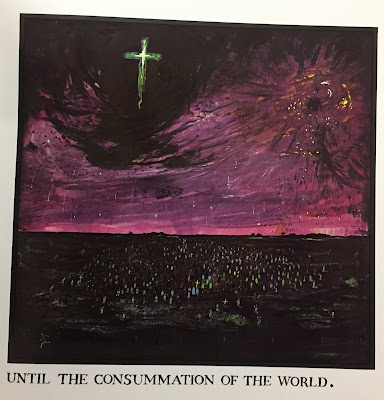 It's well worth visiting this gallery, as long as you make sure it is open before you plan your trip. A pilgrimage to the beautiful chapel of the Carmelite monastery and waterfalls nearby make for a fulsome day.