Wayside Academy: Light on a Hilltop 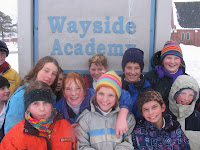 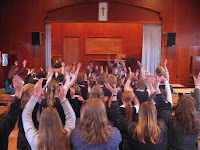 Faces run headlong into the wind,
Oblivious to its ferocity,
Sending sonic ripples shooting into the sky,
Proclaiming the innocence of Eden.

Swiftly they make their way to the gates,
Testing new virtue and gallantry,
Parrying and thrusting in the poetry of play,
Young warriors on fields of Pelennor.

They gather their experiences,
Spoils of war, and tuck them away,
Anticipating the trials and unknowns,
But conscious of deep-beauty and grandeur.

The tears of loss, and cries of victory —
All the breathing tangibles of existence,
Are manifest here in this nondescript place,
Hidden by the wayside.

My five years as a school principal of a small independent Catholic school near Peterborough, Ontario, were a great challenge but also an unquestionable blessing.

When I was hired to direct the affairs of Wayside Academy it had about two dozen primary students in three mixed classrooms, located in the basement of a church hall. In the years that followed, the community worked hard to expand its numbers and vision. We bought a portable. We outsourced classes to nearby farms. We phased in high school grades. We reflected and learned more about the classical curriculum philosophy in North America, and whether it fit our objectives as a local cooperative movement.

We befriended the World Youth Day Toronto music director who began a program of sacred music; our students learned to sing Mozart and Bach, and travelled the province to give concerts. We were fundraising constantly, and launched a popular series of Irish Ceili dances, featuring musicians like Leahy and Natalie McMaster. The bishop of Peterborough visited frequently, especially enjoying our Christmas and Spring concerts, and ensured that our teenagers were involved in his new diocesan youth initiatives. They became leaders in the annual Good Friday Passion Play in downtown Peterborough, and at the summer youth conferences. Priests and religious from exotic places like the Bronx and Combermere would visit the school, and opera singers like Toronto's Russell Braun came to sing for us and hear us sing. Every day began with morning prayer and the singing of the Salve Regina. It would end with cheerful children running out to greet their parents in the parking lot. The culture of life was truly at bloom in this little corner of the world. 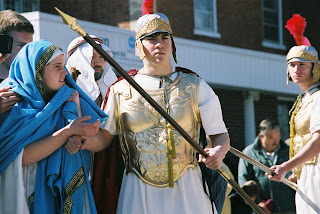 Soon we had more than sixty students representing around twenty-five families, and it was clearly time for a move. So we initiated a year-long property search, visiting countless old schools, a couple convents, even some large homes, and eventually settled on a modest country school with a small gym and five acres. It was near Trent University and the local zoo, and was relatively central for the many families who drove each day from all directions. We bought it. At that point, the Lord called, and I left, and four years later professed vows in the Society of Jesus.

It has been a great consolation to see the continuous advances the school has made in recent years, under the leadership of principal Adam Parker. It may even be, in Adam's words, "paradise." Wayside has a fantastic staff of dedicated teachers who have come from around the world. It has a great sports program, participates in regional pubic speaking, science and spelling bee competitions, and now has a chapel where the students take turns praying daily before the Blessed Sacrament. Older students mentor younger students, creating a wholesome family atmosphere. The school has launched a Gala Dinner that features well-known speakers and an annual award given out to deserving figures in the education world.

The families continue to sacrifice greatly to make this kind of school a reality. They pay tuition and spend time on committees and doing fundraising events. It is, for those who join, a lifestyle-altering decision. But for parents who acknowledge the gravity of their role as "primary educators", and who long for an alternative form of Catholic education for their children, it is worth the cost.

I am writing not so much for nostalgia's sake, as to call attention to the little-known movement Wayside represents. Across the continent there is a growing network of small schools that are private but not elite, independent but ecclesial, profoundly Catholic but not reactionary, classical but with a contemporary, universal outlook. They have received inspiration from Dorothy Sayers famous essay, The Lost Tools of Learning, as well as from figures like Wendall Berry, Andrew Kern and the people of the CiRCE Institute. Nobody is rich, and the government usually does not fund anything. Subsidiarity is lived in the most concrete way imaginable. And, yes, despite mistakes and setbacks, it generally seems to work.

Peterborough is a very nice place to live. It has all the amenities of a large city, but retains a certain small town ethos. It's surrounded by lovely countryside, but is only one and a half hours from Toronto (which may be too far or too close, depending on one's point of view). There are many wonderful priests and parishes in the diocese. But above all, there's one gem of a school that is always eager to welcome new families into its program.

Wayside Academy has launched a new website. Have a look. It might just be what you or your friends and family are looking for. 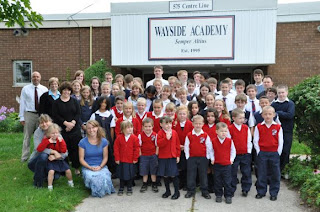 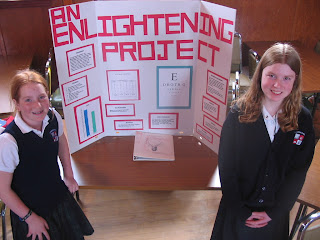 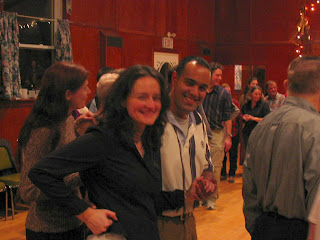 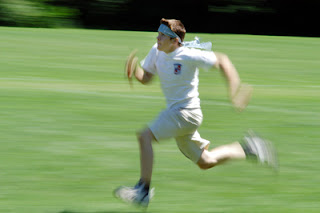 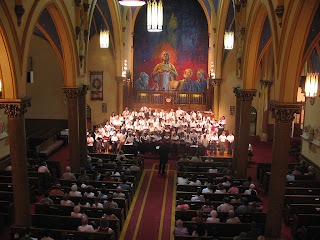 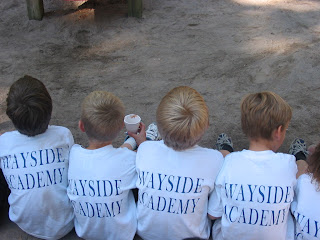