What Exactly is Glory? 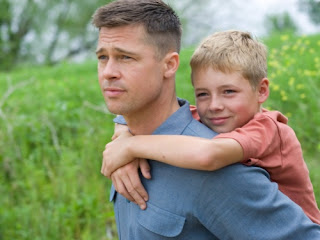 In yesterday's Gospel Jesus made a statement about glory. He said that If I were to seek my own glory that would be no glory at all; my glory is conferred by the Father…" Jesus saw fit to point out that everything about him – his preaching, his life, and even his soon-to-be death and resurrection – he was not doing because of the glory it would accrue him. Self-glorification is not the motive behind his mission; rather, it is for the glorification of the Father. Yet Jesus is frank to acknowledge that he does receive glory, as a gift from the Father, a glory that rebounds to him when he fulfills the Father’s will.


It’s worth noting that Jesus says if I were to seek my own glory that would be no glory at all. Objectively speaking, if glory is sought as an end in itself, it dissolves. For real glory can only be something bestowed or conferred, as this translation says, a side effect of one's noble actions. When we look at Christ, we realize that his glory comes about primarily because he gives of himself without thought for himself. We might think of the hero who rescues the drowning child in the river with no thought for his own safety, let alone for any honours it might earn him. “Anybody would have done the same,” they always say, sealing with their humility the rightful glory that is theirs (usually unconsciously).

Morally speaking, is it ever okay to desire and pursue glory before others? St. Thomas answered this question by saying that if glory is the manifestation of something which is estimated honourable, whether it be a spiritual or a corporal good, then esteeming this good in yourself is not sinful; nor is it sinful that we should desire to see that good approved by others: "Let your light shine before men, that they may see your good works" (Matthew 5:16). But a disordered desire for renown, called vainglory, is wrong. It happens when one seeks fame for a quality that is not really worthy in oneself, e.g. wealth, or having the wittiest putdowns; or when one seeks the esteem of those whose judgment is not sound, e.g. Hollywood stardom; or most importantly, when one desires glory before others, before the glory of God – as was the case with the Pharisees, who "loved the glory of men more than the glory of God" (John 12:43).
If, as St. Irenaeus said, the glory of God is man fully alive, we should aim to be alive to the utmost degree, by seeking to live through him, with him and in him. When we follow Christ, who was poor, chaste and obedient, our lives will spring open with the glory of God, reflect it to the world, and participate in the great and glorious project that is contained in his Being, both in heaven and on earth. We can begin by being attentive to the glory which is already all around us.