Groundhog Day: It's a Doozy 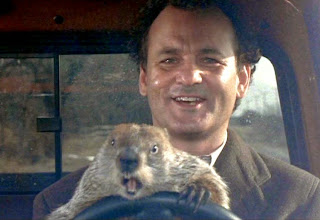 “Well, what if there is no tomorrow? There wasn't one today.”
– Phil, Groundhog Day

Phil Connors (Murray) is a self-absorbed weatherman at a Pittsburgh television station, who feels he is destined for much greater things, and disdains his co-workers and, especially, the annual February 2 road-trip to Punxsutawney to cover the prognostications of its famous groundhog. This year, he goes with a new producer, Rita (MacDowell), and Larry (Elliott) the cameraman, making no bones about his unhappiness. They cover the event, and he goes to bed.

The next morning, he wakes to hear the same jingle and talk-show banter on his bedside radio he heard the morning before. Initially believing he is experiencing an acute case of déjà vu, Phil soon discovers he is actually reliving Groundhog Day. And it happens again and again, with the calendar resetting each time he goes to sleep. It doesn't take long for him to realize that his actions have no long-term consequences. He beings a series of selfish experiments, experiencing exhilarating highs and despairing lows. Mostly he has discovered that he can accumulate knowledge about other people, especially about the beautiful Rita, knowledge he can use to help others or to take advantage of them.

Groundhog Day won prizes at some second-tier festivals when it came out in 1993, but was not nominated for any major awards. Over time, it slowly gained recognition, and in 2006, the National Film Preservation Board selected it for special preservation status in the National Film Registry. It is now officially a cult favourite -- mostly, I argue, because of its underlying message of the meaning of happiness. 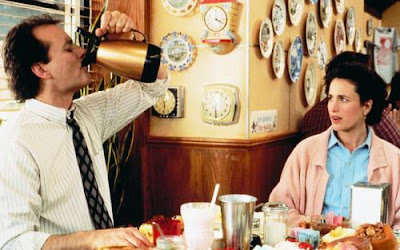 
Groundhog Day is a comedy about what constitutes genuine human fulfillment. In its fantastical scenario, we get to explore a) what are the qualities of “the good life”, and b) what are the qualities of “a good person”. When Phil realizes he is living in a recurring loop, he goes through a number of phases: hedonistic, despondent, altruistic, and, finally, the discovery of his true self. These phases mirror trends in every human life, even those of us not experiencing a repeating Groundhog Day. Do some people live only constrained by the rule of law or social conventions? Many of us would never discover our innate selfishness unless, like the children in Lord of the Flies, we find ourselves in a situation without law. But most people do discover the freedom of genuinely living for others. What Groundhog Day excels at showing is how, if given enough chances, a person would eventually come to see that living according to the moral law is the best ticket to human happiness.

It's a lesson we tend to learn over and over. Most of our human follies are due to forgetfulness. We forget the costs of our heedless actions: the severity of the hangover, the bitter feelings left after angry words, the emptiness of impure relationships. We sin again mostly because of two things: our human tendency to “concupiscence” (the inordinate desire to possess) and the “irascible” (the passions). Eventually, if we lived long enough, we would figure out how to live the authentic “good life” by learning to regulate our passions with reason and right judgment. For most of us, it is the work of a lifetime.

The ancient Greek philosophers considered all this millennia ago, and today’s psychology (and much spirituality!) writers mainly just play variations on their insights. Aristotle argued that the man who possesses "excellent character" is a man who does the right thing at the right time and in the right way. The proper regulation of one’s bodily appetites is an example of character excellence or virtue. The highest goal for the Greeks was "living well" – or eudaimonia, a word often translated as well-being, happiness or human flourishing. Aristotle said that virtuous activity was enjoyable for the man of virtue. He believed that the person whose appetites are in right order actually takes pleasure in acting moderately.

How does one arrive at virtue? Aristotle considered the four “cardinal virtues”, which are concerned with the pursuit of right-ordered action: prudence, justice, temperance and courage. Prudence was the virtue that governs and guides all the others. All the moral virtues, however, require one other, like a well-functioning family. Aristotle also emphasized that the virtues all aim at what is truly beautiful (kalos), since right action, or “the good”, is always linked to love, “the beautiful”. And in the end, it is beauty that will save the life of Phil Connors.

“At the back of our brains, there is a forgotten blaze or burst of astonishment at our own existence,” wrote G.K. Chesterton in his Autobiography. “The object of the artistic and spiritual life is to dig for this submerged sense of wonder.” Perhaps Phil’s experience of repeating February 2 over and over again is an aesthetic experience designed by the Divine Artist. Perhaps it is a "spiritual exercise" (of the First Week, for those Ignatians out there!) that he must undergo in order to be purified of his selfish dross, to find his true identity in God, and discover authentic spiritual freedom.

Finally, it might not be too extreme to consider the events of Groundhog Day in light of the Catholic notion of purgatory. Purgatory, whether it be the refining experiences during our earthly lives, or the purifying experience before the gaze of God on the threshold of heaven, is ultimately an act of mercy. Phil must experience a purification in order to be capable of genuine, human love. Thus Groundhog Day comes as a gift. It was too unexpected to be anything other than grace. 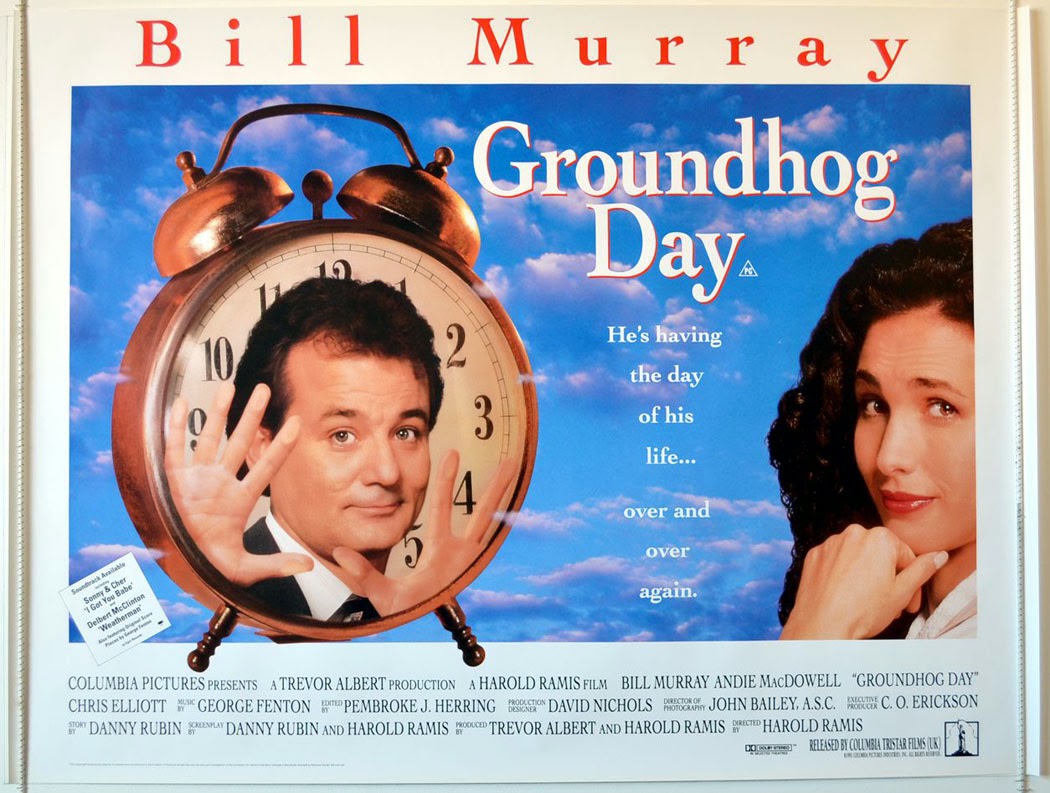