January 11, 2012
I've been given tickets to the opening of the William Kurelek exhibition at the Art Gallery of Hamilton on January 29. Titled "William Kurelek: the Messenger", it's the largest exhibition of this important Canadian Catholic painter's works ever launched, coinciding with the 25th anniversary of his death (1977).


In his later years, Kurelek had a farm in Combermere, Ontario, near his friends at the Madonna House Apostolate. When my father was a young artist he met with Kurelek several times there. Kurelek gave him his accordion, which my younger brother learned to play.

Kurelek's work ranges from Canadiana - scenes of life from across the country - especially his prairie roots, overtly religious works, such as his "northern nativity" and Passion series, and those that he termed his "prophetic" and surrealist paintings. 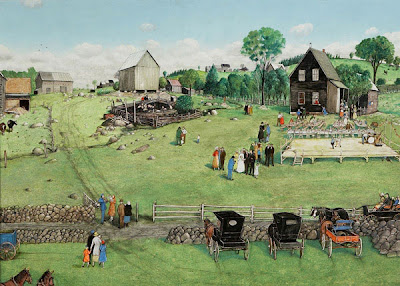 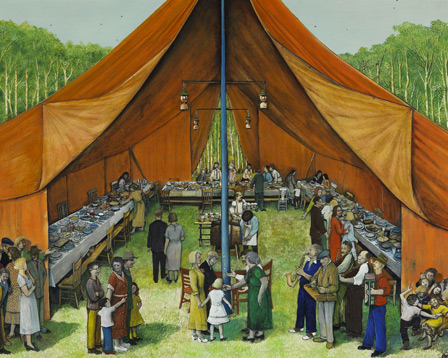 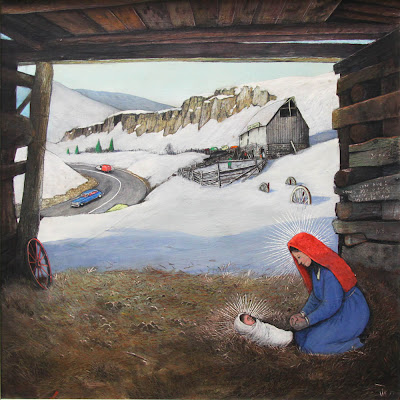 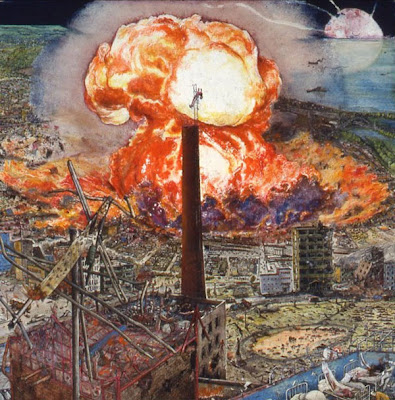