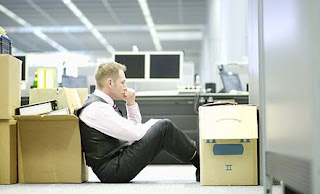 People often say to me that they would love to take an Ignatian retreat, but live too far away from a retreat centre, can't take the time off from daily life, or can't afford it (long retreats are sometimes costly). St. Ignatius foresaw this, and in Annotations 18-20 in his Spiritual Exercises, he describes some alternate retreat scenarios, among which is the option to remain in one's daily rhythm of life, but devote an hour or so to meditative prayer each day. In Jesuit parlance this form of retreat is called "Annotation 19". Without delving too much into this kind of retreat, it does raise the question of daily spiritual practices of a specifically Ignatian character. What might these be?

Above all, the morning offering and the examination of conscience or "examen" at day's end are timeless and priceless Ignatian practices, and have been promoted tirelessly by the Jesuit-run Apostleship of Prayer since its founding in 1844. These will never go out of style, and promoting them, along with Ignatian meditation and the monthly intentions of the Holy Father, continues to be the mission of the present-day Apostleship of Prayer, and in particular its youth-wing, Hearts on Fire. The latter is composed of Jesuit mission bands that tour in summers around the United States, and soon, one hopes, in Canada, giving weekend retreats to young adults. The idea is that young people today need some assistance in forming a foundation for their spiritual lives, that is, a practical, regular, spirituality that engages heart, mind, body and soul.


There are also some websites that specialize in Ignatian prayer for daily life. The wildly popular Sacred Space run by some Irish Jesuits provides a guided process (about 10 minutes) that involves silent reflection and a personal scripture meditation. Because it is unlike the rest of the busy interactivity of the internet, it has been found to be a helpful guide for those whose lives -- perhaps workdays -- are spent in an online environment. A friend of mine, who works in a Canadian bank, recently told me that he has been going to Sacred Space for 10 years.

Another service I like is from the Magis Center for Catholic Spirituality, which brings a brief solid scriptural reflection into your inbox each day. The Magis Center was founded by Fr. Robert J. Spitzer, S.J., Fr. William Watson, S.J., and some lay colleagues to offer Ignatian retreats to groups, and the reflections are written by a variety of SJs, which have included Fr. Raymond Gawronski, S.J., Fr. James Kubicki, S.J. (of the Apostolate of Prayer), and other guest scholastics and priests in the Society.

These are the kickers for me, and which I recommend to all and sundry. I'm curious what other online sources people have found to be spiritually nourishing. In addition to helping people integrate the new media into their lives in ways that prevent them from overwhelming us, we need to know better how to use digital environments as opportunities for finding God.