Hearts on Fire: the Interview 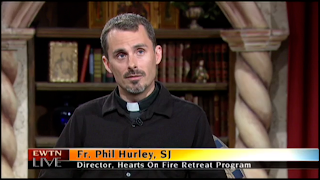 Fr. Phil nailed the interview on the EWTN Live last week. They say the network reaches 110 million households. Probably a million people watched their flagship show. But this knowledge did not enervate our fearless leader, who spoke very eloquently about Hearts on Fire.

Without further ado, the interview:

The rest of us, below, from the peanut gallery. We did not throw any peanuts. Fr. Jimmy Marshall, S.J., from O.L. of Guadalupe Church in San Antonio, was there as well (at right), and was an honorary member of the team. We have fond memories of the retreat in San Antonio. 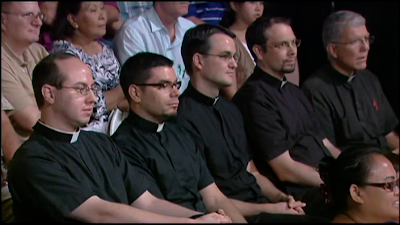 The studio audience was composed of folks from all over the country: 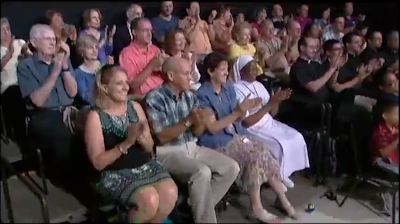 Sean Salai, SJ, went for gold and asked a question. Now he could have asked Fr. Phil in the van or at any other time, but I think he wanted to ask on behalf of America and for America. Bravo, Sean! 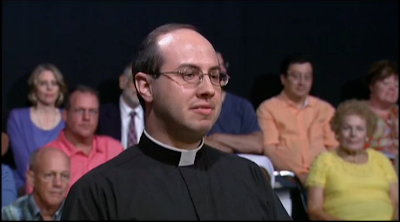 Someone took a picture of the team with Fr. Mitch Pacwa after the show. Fr. Jay Hooks, in the back, was either bathed in the spotlight of the television set, or suddenly turned pale with stage fright. Or perhaps it was a celestial luminescence resulting from his recent ordination. 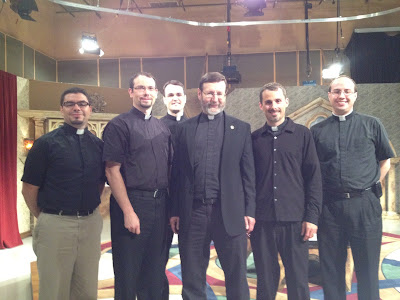