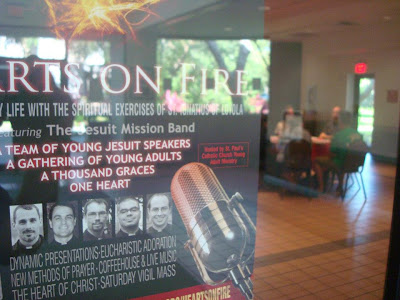 We rushed from Tampa to Irondale (Birmingham), Alabama for the EWTN Live interview, that it took us a little longer to get our pictures organized. But this retreat (July 20-21) went very well. We were blessed to have David Paternostro, SJ, a New Orleans Province scholastic currently working at Jesuit High in Tampa, help us out.


There were around eighty retreatants, and -- which is rare but most welcome -- a hall with no pillars! 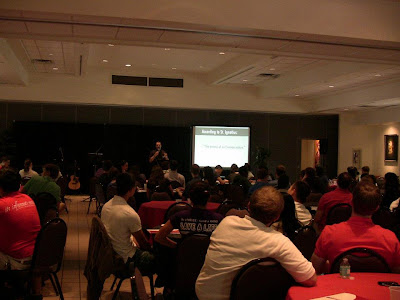 Great wide open lines of sight for everyone!

Christ seems to peer through an open door from another room.

Scenes from the hour of contemplation in Tampa. This part of the retreat gives the young adults a taste of Ignatian contemplation, using their imaginations as they pray with a Gospel passage: 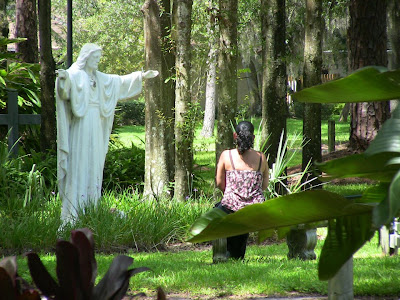 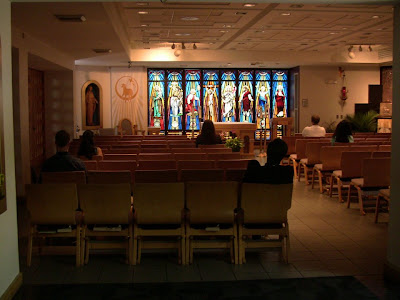 Some really used their imaginations... and parked themselves closer to heaven. 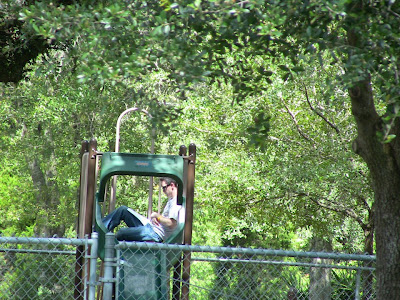 Giving my talk on rules for discernment of spirits: What is consolation and desolation according to St. Ignatius? 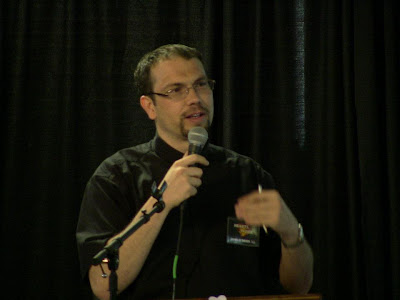 Why is there a picture of a hedgehog on the screen? That, my friends, is secret knowledge only for the illuminati who get to come on the retreat. 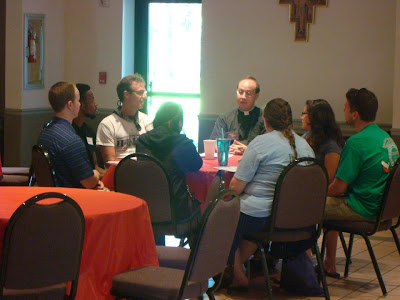 Folks under the Heart... 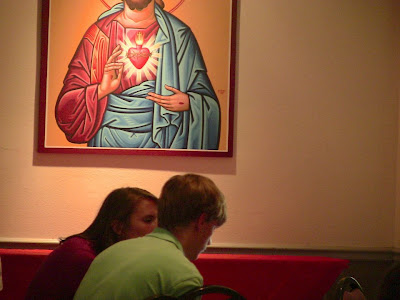 The main Church was a dramatic setting for the Friday night adoration hour: 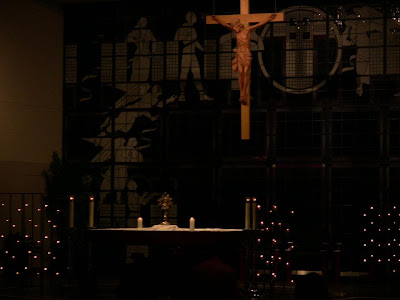 The retreat closed with the regular Saturday night vigil Mass. This parish is supposedly the second largest in the diocese, and it was packed. Fr. Jay Hooks, a native of Tampa, got to celebrate the Mass with his father, Deacon Ben Hooks: 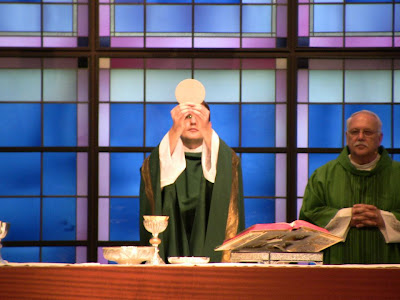 What was most dramatic was the violent storm (complete with hail -- a rarity in Florida in July) that erupted. The first roll of thunder occured when Fr. Jay pointed at the crucifix during his homily. A thousand parishioners sat in rapt silence. The thunder continued to punctuate the liturgy, including the silent moments of the consecration. When the rain begun and the hail and branches of trees began to beat on the large glass windows, we truly thought the apocalypse had arrived.

Many thanks to Tim Snodgrass, the youth and young adult director at St. Paul's Parish in Tampa, which hosted the retreat, and provided stellar service.