July 18, 2012
I've been mulling over whether to say this, but I think I will. Once we arrived in Louisiana, all the characters from the southern writers I've read left the confines of my imagination and appeared in real life, the cuisine magically became distinctly delicious, and we entered another time.

Our first stop was the St. Charles College novitiate and retreat centre in Grand Coteau, where spanish moss hangs from oak trees, the cicadas buzz incessantly in the humid heat, and where the birth dates in the cemetery begin in the 1700s. 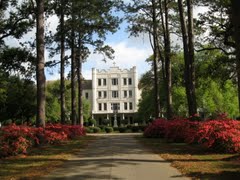 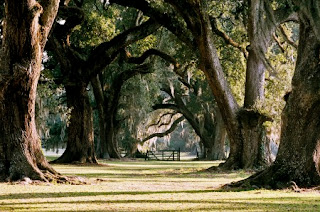 This is Cajun country, and French names abound on mailboxes and shops. The older people still speak the language, which has continued here since the Acadian expulsion that began in 1755. The British deported the inhabitants of "Acadie", today mainly New Brunswick and Nova Scotia, after the French and Indian War, and thousands resettled here. Sadly, the younger generations have not learned the language, and after 250 years it will soon vanish as a native tongue in Louisiana.

Then we drove to New Orleans, and stayed at the Jesuit community at Loyola University. The stately old homes of the uptown often covered with ivy, were everywhere impressive. This home is the official residence of the president of Tulane University... 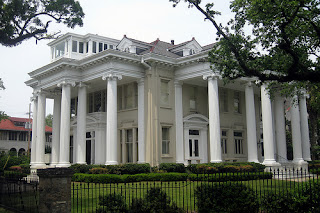 The retreat was held at Jesuit High School, founded in 1847, where most students still study some Latin and Greek, and whose chapel is larger than most churches. We held our adoration hour and Vigil Mass in a much smaller chapel, however, which was quite beautiful... 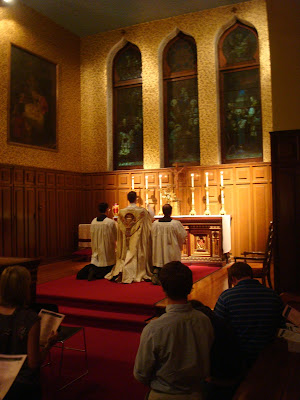 We were also happy to have Sr. Tracey Dugas, of the Daughters of St. Paul, join us at the retreat.  This video from a few years back is her telling the story of her vocation with some discernment advice...

And the requisite post-retreat dinner out photos ... 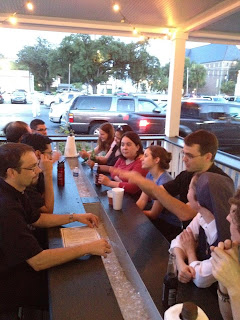 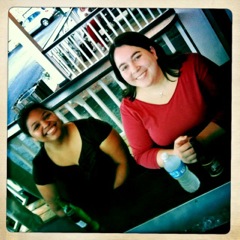 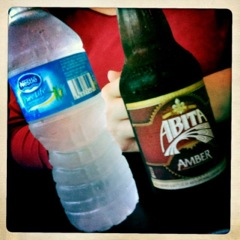 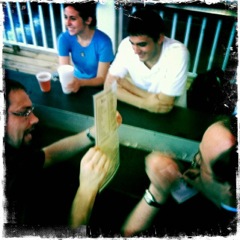 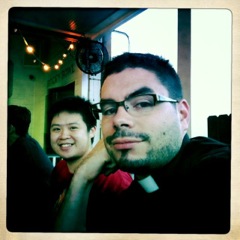 
Thanks to the Archdiocese of New Orleans and Jesuit High School for hosting this retreat.