April 04, 2012
Ignatian spirituality for women? As many know, there is no female branch of the Society of Jesus or Jesuits. St. Ignatius considered it, but in the end did not found any such branch. Instead, several groups spontaneously sprung up independently of the Jesuits, but who share with us a spiritual kinship.

One such group is the congregation of women known as Les Xavieres - or Xaviere sisters. Their life is based on Ignatian spirituality, and they take their name from the great missionary Jesuit of the Far East. Similar to their namesake, the Xaviere sisters are outgoing and apostolic, spread out in nineteen communities in France, Africa and now Canada (where they have two houses: Montreal and Toronto), evangelizing in the name of God. Founded in France in 1921, and officially approved in 1963, there are presently 112 Xavieres, many of them young vocations. 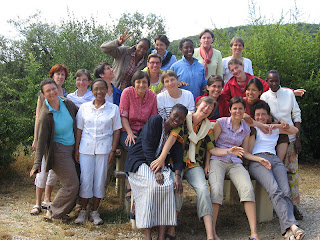 Their Toronto house is the first in the English-speaking world. Here at Cardoner House we are privileged to have the friendship of these dynamic sisters, who occasionally join us for Mass and with whom we sometimes collaborate at the University of Toronto Newman Centre. Like other ecclesial communities such as Madonna House and Mary Ward's Loretto sisters, the Xavieres do not wear habits, and often have jobs in the world, where they act as "leaven" through radical insertion in society, while coming together for prayer and common life.

The Xavieres in Toronto have kept a low-profile, but have recently launched a modest website that tells more about them. If any woman is interested in knowing more, Gabrielle Feuvrier is the one to contact in Toronto (information on the site). For the Francophones, their France-based website has even more information. 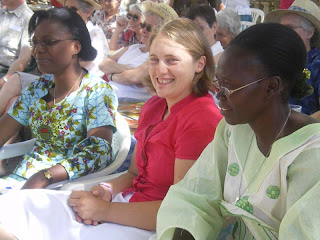 Do note that they have an open-house come-and-see later this month in Toronto (April 21). St. Francis Xavier, pray for us!

Ten Popular Songs that Point to the Transcendent

May 16, 2016
One of the most-viewed posts here was called "Ten Secular Songs with Religious Themes" . Now, I'm not that person who scours the pop cultural landscape with a magnifying glass looking for oblique references to a latent Christianity. But I do believe that Christ is very much alive, and can be found in the remotest corners of humanity. Sometimes the profoundest truths are not in theology books but in the lyrics of the poets and the insights of artists. Four years later, I'd say it's time for a sequel. The following songs have in common a certain degree of popular acclaim, although not be familiar to all readers. They are, I submit, beautiful songs that point beyond the mundane, offering glimpses of the transcendent -- that is to say, of God who is beyond this material world, while nonetheless present in this life as well. They remind us that we will one day see God "face to face", and generally reflect the key dispositions of faith, hope and love t
Post a Comment
Read more