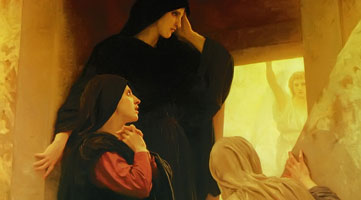 This morning, a confrere and I went to St. Michael's Cathedral in downtown Toronto for Easter morning Mass, where the boys choir from the St. Michael's Choir School sang. The choir school is one of perhaps only two or three Catholic choir schools in Canada and one of only six in the world affiliated with the Pontifical Institute of Sacred Music. The boys receive a solid academic formation, presently guided by the strong vision of Mr. Barry White, school principal and friend. They tour the world every year, and are often compared to the Vienna Boys Choir (which they have defeated at the International Choral Festival!).

At the Mass, the choir sang two of my favourite musical pieces, the solemn but achingly beautiful Bach aria, Den Tod niemand zwingen kunnt (Death Could Capture No One), from Bach's Cantata no. 4. Of note is the alleluia at the end, probably the most poignant alleluia one will ever hear, almost a lament, evoking the passion which has bought us our redemption.

There is an optimal performance and recording by Australia's Sara Macliver (soprano) and Sally-Anne Russell (mezzo-soprano), on their album "Bach Arias and Duets". Note that Den Tod is only one verse ("Verse II") of a longer seven-verse Easter song, "Christ lag in Todesbanden". Here's a translation of this aria-verse from the German: 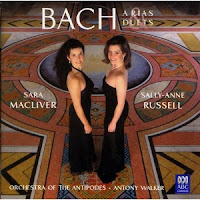 Death could capture no one
Amongst all mankind;
[But] As a result of our sin,
There was no innocence to be found.
Thereby death quickly came,
And seized power over us,
Held us captive in his kingdom.
Alleluia.


Here's their recording of the piece:


The other favourite the choir sang today was the well-known chant sequence for Easter Sunday, Victimae Pascali Laudes (Praise the Paschal Victim) which follows the second reading. I've posted the words after the following two recordings:

This a beautiful Gregorian Chant version is sung by the celebrated male choir Chanticleer :

This one, from Notre-Dame de Paris, is sung in the unusual "French Gregorian Mode" rhythm:

I wish all readers a most happy and blessed Easter. 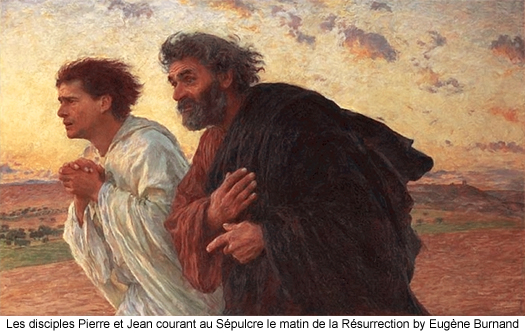